Yearning for a better life, three young Berliners, recently arrived, experience difficulties in their everyday in Germany, find the warmth of a family in a theater group, and reveal their deepest emotions in video-letters to their families and friends back in their war-torn or poverty-stricken homelands.

“I was on my way in a country which I didn’t know much about. All I know is that it is full of flowers, with beautiful people smiling at me.” (Firas)

The twenty-something Batoul, Firas and Jallow meet in an emergency host centre in the outskirts of Berlin, where home-containers line up next to smoky chimneys. On their way into this new and unknown homeland, they find the warmth of a family in a drama group and a voice on its stage. The three friends aspire to a good life and experience “Europe’s big dream and deceit”. They look for friendship instead of pity and clothing donations, want to study Arts, dream of a rapper carreer or just a simple work permit.

In video-letters, they confide their deepest feelings to their relatives in their homeland shaken up with war or poverty, to their best friend, worried mother and murdered parents.
The film accompanies the three new Berliners over two years.

Observations on their everyday life and the development of their theater play alternate with the raw and subjective voices of their video-letters, in which they reveal themselves with a vulnerable and radical presence.

Susanne Dzeik is a freelance author, director, camera woman and producer in Berlin.
She worked as camera woman on the feature documentary “Nach dem Brand (After the Fire)“, coproduced by NDR and Credofilm, nominated for the Prix Europa 2012 and the German Grimme Price 2013. She is interested in people experiencing social upheavals, and how they deal with these individually and collectively.

After studying camera at the “filmArche” film school association, she served in its managing committee from 2009 to 2015, helped found its documentary film study path, produced and worked on many more documentaries, like „Do butterflies have borders?“ (Germany, 2014, 38 min), „Liza ruft! (Liza calling!)” (Lithuania, 2015, 113 min) and „My two polish loves“, (Poland, 2016, 50 min).
Since 2016 she has been serving in the managing committee of the Berlin/Brandeburg regional branch of AG Dok (“Project group Doc”). She teaches film in various workshops from Brazil to Cameroon.

The horror after the last Bundestag elections still sits us in our limbs and has once again shown us how important films are, which counter the increasing xenophobia, give faces to the stereotypes behind the category ‘refugee’, open a space for real encounters, promote empathy through a change of perspective and make a contribution in a debate in which people talk far too often about, instead of with the actors.

The documentary film was made within three years in various Berlin reception centres and cultural centres and deals in a very personal and sensitive way with the hopes and needs of three new Berliners.

Firas, Jallow and Batoul were much more than just protagonists. They have actively participated in the development process. We are proud of our work and grateful for the trust of the three and about every support during this time. Our special thanks go to Hussam Ghosheh, who developed our video letters together with the participants in Creative Writing Workshops and co-directed the filming. 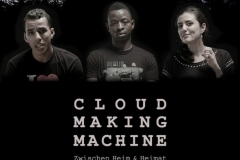 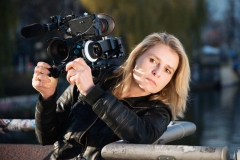 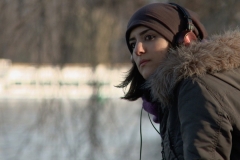 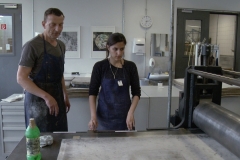 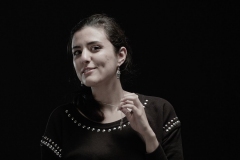 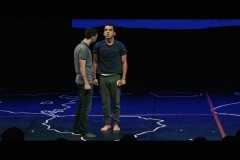 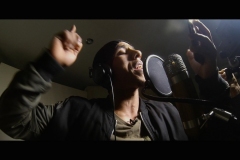 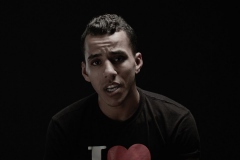 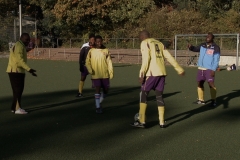 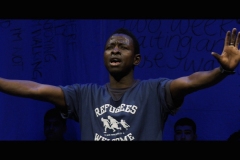 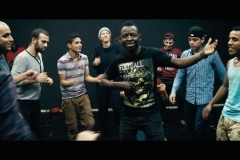 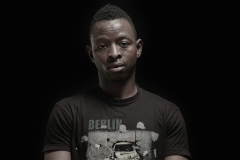 Press
“With ‘Cloud Making Machine’ Susanne Dzeik has created an impressive and sensitive film. Even when tears flow in front of the camera, when emotions and fears become visible, one does not feel like a voyeur. Instead, you get to know the protagonists, learn about their lives and how difficult it is to leave your own country and arrive in the new country. The film takes along, touches emotionally, makes people angry, gives them hope, because it describes three young people who had to experience the unimaginable and do not break up as a result.”
(original in German)
JÖRG MEYER, Neues Deutschland

“In the documentary ›Cloud Making Machine‹ by filmmaker Susanne Dzeik (…) young refugees from Berlin find the warmth of a family in a theatre group and reveal their experiences and feelings to relatives and friends in their war-torn home countries in moving video letters.“ (original in German)
Koch, B.T. (2017): Junge Flüchtlinge auf Heimatsuche. Psychosoziales und pädagogisches Handeln in einem sensiblen Kontext. Heidelberg: Carl-Auer.

“In her documentary ‘Cloud Making Machine’ (2017), Berlin filmmaker Susanne Dzeik dares to take the tightrope walk that this genre always brings with it: to show the pain of people without portraying them as victims; to give them a voice without dictating it.“ (original in German)
HANNAH EL-HITAMI, taz

Audience
“I’m touched, my world is rearranging itself. I had goose bumps, even when I laughed.“ (original in German)

“The film shows us an inside view of the life or survival of refugees in Germany. He shows us truths about a parallel life that can be guessed and discovered. Thanks for the insight.“
(original in German)

“That was really good. Like you really got to know the people.“ (original in German)

“Many thanks for this open encounter and for the personalities. I wish you had the same encounters in the future.“ (original in German)

“It’s always blatant to see this absurd reality and it’s great to see people
who can’t come to terms with it. A film that makes you angry, sad and conveys a lot of hope at the same time. Thanks to everyone for filming this. Great job.“ (original in German)