In Russia, not far from the Mongolian border, lie the Altai Mountains. There, on a remote peak, lives the shepherd Boris Urmatow. On a frosty winter night, a loud bang wakes the man with a leather-tanned face. A piece of rocket debris weighing hundreds of kilos has landed in his garden. It only just missed his hut.

When this ordinary man, who can hardly read or write, realises that it must be a part of a ‘Soyuz’ rocket, he reports the incident to the civil defence authority. A short time later, employees of the Russian space agency Roskosmos land with a helicopter to transport the scrap part away. Urmatov, incited by the people standing around, demands compensation of one million roubles, about 25,000 euros. To back up his demand for compensation, he has filed a lawsuit. But it is lost in the labyrinth of Russian bureaucracy and Boris Urmatov has to travel regularly to the nearest provincial town to take care of the procedure. But he cannot afford the 40 roubles for the ticket. Like most people here, he is unemployed. And when he does have some money he prefers to spend it on a bottle of vodka.

Already in Soviet times, the area in the Altai Mountains, which is covered by huge forests, was declared a drop zone for jettisoned rocket stages. Our protagonist lives in this “planned square 310” – as the Moscow bureaucrats called it. Based on Urma-tov’s story, we created a documentary road movie that delves into the culture and everyday life of the indigenous Altai population. They are a people trying with antiquated means to save their endangered landscape into the third millennium.
On the journey through “Planquadrat 310” we witness bizarre stories full of wit, sadness and anger. When the remains of the transport rockets of GPS, mobile radio and news satellites collide with the ground, worlds that could not be more different meet.

In co-production with
Radio Berlin Brandenburg

Susanne Schüle
Schüle studied at the Film Academy “Konrad Wolf” in Babelsberg in the field of cinematography. She graduated with distinction.
As a freelance cinematographer, she shoots cinema documentaries and has been awarded several prizes for her image design at international festivals. Her films have received the German Short Film Award, the the Goldene Taube in Leipzig, the Bavarian Documentary Film Award, the Hessian Film Award, the Dekalog Film Award and the Grimme Award, among others.
“Im freien Fall” is her first feature-length documentary as a director.

Elena Levina
Elena Levina studied journalism at Moscow State University. She then worked as a journalist in Germany for radio and television editorial departments, and as an assistant director and co-writer of documentary films. She initiates German/Russian cultural projects and works as a translator in Berlin.
“Im freien Fall” is her first feature-length documentary film as a director. 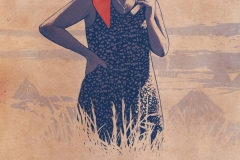 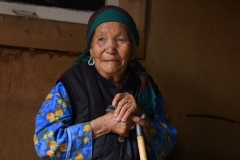 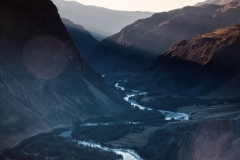 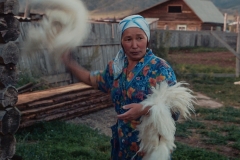 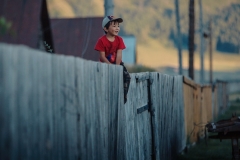 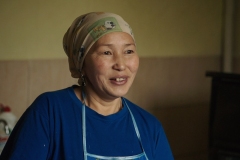 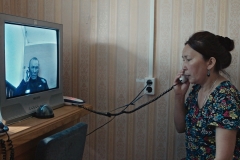 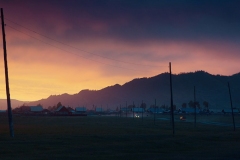 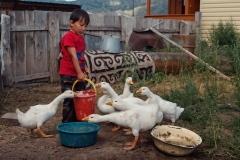 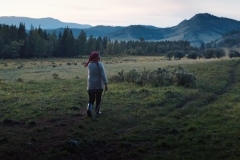 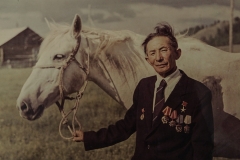 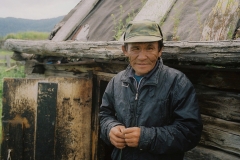 PRESS
“The documentary by Susanne Schüle and Elena Levina explores a little-known region of the world: the Russian Altai. Here, people still live slowly. They have a lot of time. The film gets into their pace of life, giving them time to tell their stories.

The inhabitants of the Altai were the first victims of brutal Russification in Tsarist Russia. They were then forced into the Soviet system with equally ruthless force. After the collapse of the Soviet Union, they were left to fend for themselves.

The authors approach their protagonists unobtrusively and cautiously. They gradually lose their shyness and tell their stories, describing their everyday lives, which are marked by the struggle for survival. In magnificent poetic images, the landscape of the Altai Mountains appears before us, threatened by the potentially contaminated space debris that falls on it after many a rocket launch in Baikonur, Kazakhstan. A haunting, quiet, important film about the destruction of an ancient culture, about violent advanced technology and about forgotten, lost people.”