They had the best years of their lives ahead of them.

They were in their twenties and thirties and they chose to rebel instead of settling down and living fairly peaceful lives. Those who they rebelled against tried to destroy their marriages. Threatened them with placing their children in orphanages or that something bad would happen to them if they did not agree to collaborate with the secret service.
They were offered relocation to another country on the condition they refrained from activities injurious to the system.

They did not refrain from anything.On a Saturday in August 1980, when workers, happy with having been given a raise, ended the strike and wanted to leave the Gdańsk Shipyard, they closed the gates and thus began the strike in solidarity. If it had not been for the initiative of a few determined women, perhaps the Polish history of August ’80 would not have taken place at all.During the Martial Law, when men were imprisoned, women stepped in their shoes.

They would print the independent press, they launched and ran an underground radio station.

They did not care about sitting on the board of the Union, they did not care about ranks. What mattered to them was work and its results.When the Solidarity Radio was broadcasting an illegal programme, lights would be blinking on and off all over the city as this way people showed that they were listening. The underground Tygodnik Mazowszeweekly had a print run of a few dozen thousand copies. Some people called them the Female Operational Group…What kept them going was a belief that the revolution was meaningful, hope for a change, a feeling of togetherness. Their perspective was delivering Poland from the oppression of the Soviet Union.Their objective was freedom and democracy.

They were absent at the Round Table talks, however. They let themselves be forgotten when their male colleagues were assuming the most important positions in the public administration bodies after the first free elections. They thought politics was not for them.They keep fighting till this day but in a different way than they did at the time.

They were not present at the Round Table. They allowed themselves to be forgotten while their colleagues in free Poland took on high government posts. Politics is not for me, they thought.

They are still fighting today – but in a different way than before.

Henryka helps families in former state farms. Joanna writes critical feature articles about capitalism and the mechanisms of the modern economy. Barbara teaches young women leadership skills. Ewa is still active in the Solidarność trade union. Barbara says: in the free Poland she fought for, women are still un-free. Jadwiga asks: what free Poland? In response to the question: Where is Solidarność today? Henryka answers: At my house!

Joanna says: Solidarność cannot be repeated, but knowing that a different world is possible gives us hope.

Marta Dzido, born 1981, is a writer, documentary maker and editor. She studied at the Polish Film School in Łódź. She is the author of three novels: Ślad po mamie (Mother’s Trace, 2003), Małż (The Shell, 2005) and the hypertext Matrioszka (Matryoshka, 2013), all of which have also been adapted as plays. She worked as a cinematographer on the documentary ‘Podziemne państwo kobiet’ (Underground State of Women, 2010) and co-directed of the documentary Downtown – Miasto Downow (Downtown – The City of Downów, 2010), which won the Hollywood Eagle Documentary Award in 2011.

Piotr Śliwoski – born 1972, filmmaker, producer and reporter. Studied social sciences at the University of Warsaw. Between 2005 and 2012 he worked as a reporter and producer for the culture channel of Polish television, TVP Kultura. His first independent film as co-director (together with Marta Dzido) and producer is the documentary Downtown – miasto Downów (Downtown – The City of Downów, 2010). He is the director and producer of the historical documentary series Independent Culture in the Polish People’s Republic (5 parts, 2010). He was also involved in the artistic film project Repetition (a repetition of the Stanford Prison Experiment) by Artur Zmijewski (Venice Biennale, 2005).

The film reconstructs the hitherto little-told story of the women involved in Polish Solidarność. In the early 1980s, the free and self-governing trade union “Solidarność” had over 10 million members. Half of them were women. Many of them had been active in the opposition for years. After the imposition of martial law and the banning of Solidarność in 1981, it was primarily women who set up the conspiratorial “underground” structures and continued the movement. But hardly any of them held positions in the union’s leadership bodies.

Solidarność and its long-time leader, Nobel Peace Prize winner Lech Wałęsa, became icons of trade union and democratic resistance. The women, who were involved in Solidarność at considerable personal risk and sacrifice, are almost absent from the public consciousness.

The director Marta Dzido went in search of these forgotten women. She asks about their role in the opposition movement in the 1970s and 1980s, about the reasons for their commitment and traces their lives after the fall of communism in 1989. She tries to find out why the memory of the “female side” of the opposition has been so completely forgotten and aims to reclaim the women’s rightful place in history. 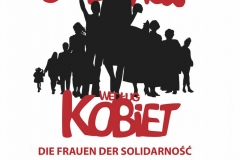 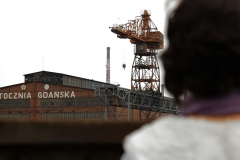 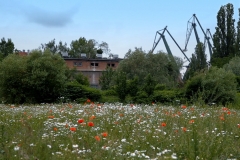 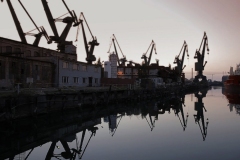 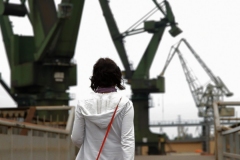 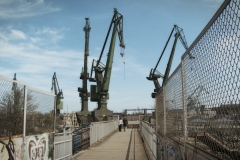 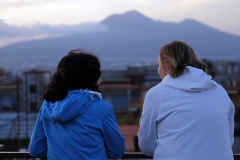 PRESS
“Die Frauen der Solidarność” is a clever film about political movements in Europe that raises questions about historiography and its constructions of masculinity. Worth seeing!
Dagmar Brunow, feminist studies

Special Award of the Director of the Polish Institute of Cinematography 2015.