What does it mean to be a prisoner of your own body and invisible? “Sandgirl” takes us into the unique world of experiences and life of Veronika Raila, a young autistic girl, hypersensitive and seriously disabled from birth.

Raila knows what it feels like not to be seen as a person. As a child she was diagnosed with an IQ of 0. Only her parents refused to believe this. Today Raila publishes prose and poems, studies literature and theology. Together with director Mark Michel she reviews her own life in this film. The combination of her writings and thoughts with delicately filmed everyday observation, poetic nature shots and artist Anne Löper’s fleeting but powerful sand animations coalesce into an essay about freedom and perception.

“Sandgirl”, however, is more than the sequel to the award winning short film “Veronika” which Michel made about Raila in 2011. This time Veronika is not just a protagonist but a creative partner whose trenchant texts carry the film and who frequently makes detailed suggestions about how to illustrate her interior world. In a profound but sometimes also eminently funny dialogue with Mark Michel she finally becomes the tour guide of her own universe of sand, music and words.

Mark Michel
Studied sociology and international politics at the University of Leipzig, University of Bath and University of Toronto. He is a Freelance filmmaker and author for ARTE, MDR, 3sat, ZDF and WDR. He also worked as a radio author for Deutschlandfunk, Deutschlandradio Kultur, Dradio Wissen and WDR. He is a member of Mediendienst Ost – a network of freelance journalists in Leipzig. He has worked as an author, filmmaker and cameraman in Cambodia, Finland, Belarus, India, Hungary, Thailand and Bosnia-Herzegovina. He participated in the Documentary Campus Masterschool and was a participant in ESoDoc. http://www.markmichel.de/ 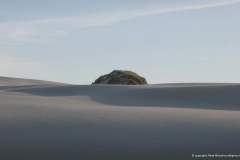 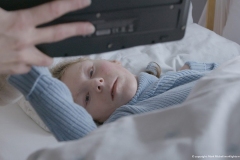 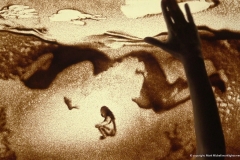 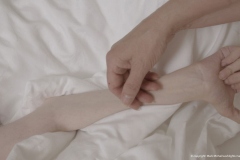 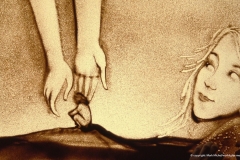 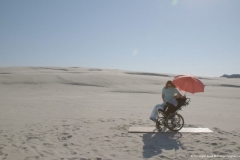 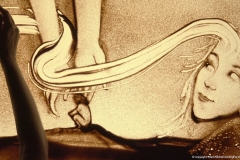 PRESSE
„The jury were blown away by such a strong portryal of such a sensitive issues. They decided to award your film with special jury mention.“ Nepal International Human Rights Film Festival 2019 „I’ve never seen a film like this before. It is beautiful, tender and full of power. It communicated how we (humans) have such different perspectives on the world around us in such an incredible way.“
guest at the scottish mental health film festival

„Sandgirl provides a colourful, poetic and mesmerising insight into the mind and life of an incredible young thinker. The documentary itself focuses more on the talent and creative works of Veronika than it does on her physical impairment. Sandgirl should be celebrated for taking an, unfortunately, uncommon approach in regard to the depiction of people with mental health issues and/or disabilities. This intriguing documentary not only investigates the depth of Veronika’s mind, but also questions common discourses about the importance of able-bodiedness and speech for communication and connection.“
by Lisa Rashleigh