Children in India have taken their lives into their own hands. They don’t want to tolerate social grievances as well as environmental pollution any longer.

They have been founding children parliaments and electing their own ministers in order to stand up for their rights. They are not only changing their own lives for the better, but also those of their communities.

The film takes the perspective of the children to tell us about the challenges they have to face in a society that expects them to follow the example of adults.

We will see how these children have opted to take a new path – with determination, courage and creativity.

Funded by:
BKM
Board of Trustees for Young German Film
and with funds from the Evangelical Church Development Service.

Anna Kersting is an author, director and producer and lives in Berlin.

How did the idea for this film come about?
In 2011, while doing research on child labour in India, I heard about Children Parliaments for the first time. Shortly afterwards, I visited a children’s congress in South India.
Over two hundred and fifty children, between 12 and 17 years old, had gathered at a school campus. They were delegates of Children Parliaments from different parts of India. These children spent three days in the shade of big trees, discussing child labour, education, child marriage and domestic violence, looking for solutions till late into the night.

The power and passion of these children touched me so deeply that I decided to make a film about them. I saw the chance of putting an end to child labour and child marriage if children themselves could stand up for their rights. 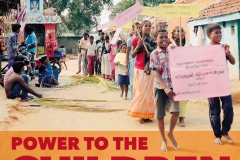 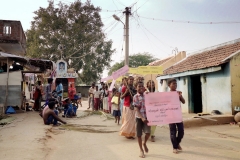 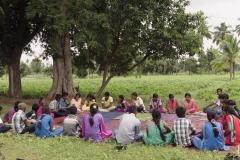 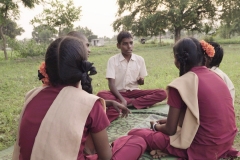 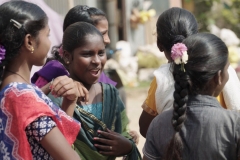 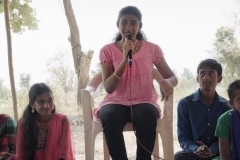