Watch the film on Vimeo-on-demand!

A bomb hits. The windows vibrate – and a few minutes later, the needle starts humming again. In a city full of conflict, Poko Chaim and Daniel Bulitchev, two Russian tattoo artists, have created a place where there are no walls. Here, they eternalize the stories of the inhabitants of Jerusalem; the ink beneath the skin connects them all. A glance at their tattoos sheds a whole new light on the heart of the Holy City – it’s inhabitants. The studio is open to everyone, regardless of nationality, religion or the color of skin. The conversations, which take place under painful circumstances, often resemble confessions, the customers offer intimate insights into their lives in this controversial city, their beliefs and their fears in this continuous conflict which makes up their everyday lives. There are moments when Poko and Daniel are almost like psychologists and artists at the same time. To escape the constant sound of the needle, they take us to special places in the city, to the sea in Tel Aviv and on big Harleys into the mountains surrounding Jerusalem.

Tom Fröhlich, born on 01.02.1989, grew up in the Hanseatic city of Rostock. After completing his civilian service, he moved to Leipzig to train as a media designer for image and sound at Mittel-deutscher Rundfunk. After some early short film projects, he decided to study “Digital Media – Motion Pictures” at Darmstadt University.

2017 Ink of Yam / written and directed / debut and graduation film

Nuriel lies next to me, getting a tattoo of a woman’s face. In his facial expression you can see the pain after each needle prick. While he continues to talk to his tattoo artist, Poko, in excited Hebrew, I ask myself, what I am actually doing here.

Nuriel has been addicted to gambling since he was a teenager. He had 250,000 euros in debt when he was sixteen. To feel better, he needs to get out. He hasn’t been able to stand it in Israel for a long time. But he can’t leave. His mother has cancer. How can he leave? He talks about his childhood in Jerusalem, his job as a salesman, his party life and his addiction, while Poko puts one pinprick next to the next.

The tattoo studio becomes a confessional. The two friends talk as if in a trance. The rooms in which Poko and Daniel tattoo their customers are less than seven square metres in size and yet full of thoughts about existence, fear, happiness and conflict in this city that is so difficult to understand. I sit in these rooms with my cameraman day after day, always surrounded by the loud whir of the needle and the smell of disinfectant.

Day after day, Poko, Daniel and their clients tell me about their lives. Their stories give me a deep insight into life in Jerusalem, an approach to the all-defining conflicts in Israel and finally also to different perspectives on God and religion.

The film is tightly structured. Each conversation is divided into chapters. This division was enormously important to us during editing. It is said that people who are swallowed up by the city and its thousands of impressions eventually get the Jerusalem Syndrome. We felt this for ourselves again and again in the process, the challenge of not getting lost in all the thematic puzzle pieces.

With INK OF YAM, I want to give an alternative approach to dealing with the city, religions and conflicts; to immerse the viewer in all that the images on the skin describe. Tattoos don’t always have to have a meaning, but they can be a bridge. 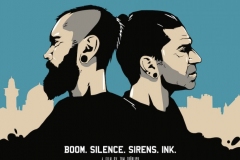 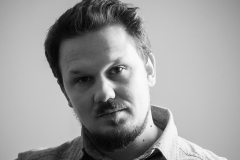 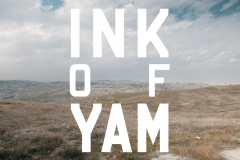 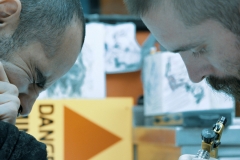 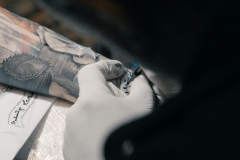 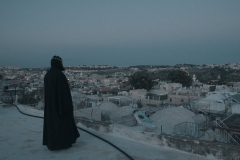 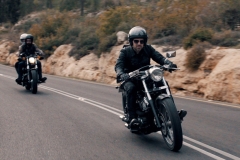 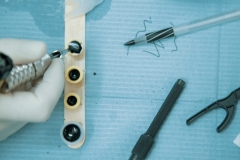 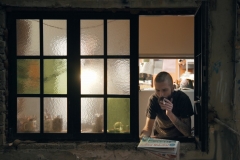 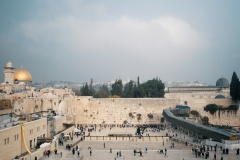 PRESS
DEUTSCHLANDFUNK KULTUR
“a completely different view of Jerusalem is provided by the young, German filmmaker Tom Fröhlich […] Through this kaleidoscope of the tattoo studio, Tom Fröhlich shows a multi-layered and complex image of Israel that one never gets to see in such subtlety and density in news and television documentaries. […] It is especially amazing how the individual customers open up during the tattooing process […] A film worth seeing, original.”

FAZ
“INK OF YAM, a documentary about the plethora of voices in the so-called Holy Land in its multi-religious, multi-ethnic and multi-cultural city of Jerusalem. It is impressive.”

TIP
“The two tattoo artists can be confidently trusted. Their composure carries the film and gives it a relaxed rhythm.”

epdFILM
“Through the perspective of the tattoo studio, a many-voiced portrait of Jerusalem and its inhabitants emerges beyond the two fronts of the Middle East war presented in the media. The tattoos that are created on the skin of the confessors speak their own language…”