Watch the film on Sooner and on Playloud!

It is one of the darkest chapters in recent European history: the genocide in Spain, committed during the coup d’état in 1936, the subsequent almost three-year war (1936-1939) and the following fascist dictatorship of General Franco (1939-1977). After a failed attempt in 2008 to bring these crimes to justice in a Spanish court, the Argentinean judiciary has been attempting since 2010 to try alleged perpetrators of Franco’s dictatorship, who are still alive, for crimes against humanity. Is this the end of decades of impunity?

Lucía Palacios and Dietmar Post have been working together on various film and music projects for 20 years. Their first collaboration was the short film, Cloven Hoofed, which premiered at the Rotterdam Film Festival in 1998. Between 1995 and 2002, Palacios and Post lived in New York where they founded Play Loud! Productions. In 2002 they moved to Berlin. In 2008 they received the prestigious award, the Adolf Grimme Prize, for the film, Monks: The Transatlantic Feedback. In 2016, their film about right-wing radical pop music, Deutsche Pop Zustände, was also nominated for a Grimme Prize.

Lucía Palacios (born, Spain, 1972) studied audiovisual communication at the Universidad Complutense of Madrid and cinema at NYU in New York. Between 1996 and 2000 she worked as a producer for Canal+ and TVE. Since 1997 she has worked as a producer on several short films and documentaries as well as directing a number of documentaries with her partner, Dietmar Post. Lucía Palacios also works as a dubbing artist.

Dietmar Post (born, Germany, 1962) worked as a printer before studying theatre, film and television at the FU Berlin and the Complutense in Madrid. Between 1995 and 2003 he lived in New York, where he made his first short film Bowl of Oatmeal at NYU. Later, together with his partner Lucía Palacios, he began working as a producer and director on various short films and documentaries. He has been running the label Play Loud! since 1997. Palacios and Post also run their own record label and music edition.

At a time when facts, objective knowledge, and reflection on them, are increasingly less important than emotions and immediacy, the genre of the documentary film can act as a counterbalance, examining, presenting and evaluating historical truths from different angles. In a liberal democracy, reason, fact-based convictions and truths should be the decisive factors for judging historical events. At the moment, we are witnessing an abandonment of these enlightenment values in favour of an affect-driven, heated emotional atmosphere in which fictions and truths are mixed together. 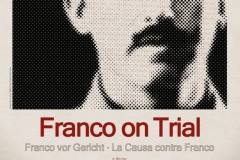 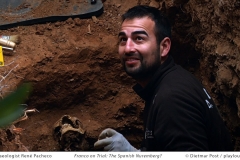 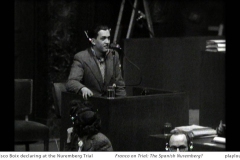 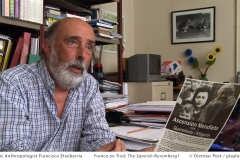 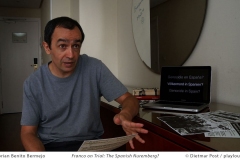 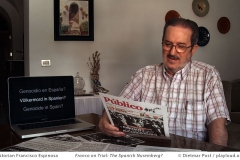 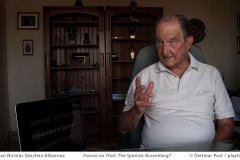 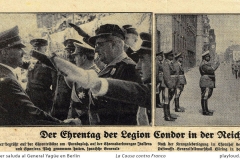 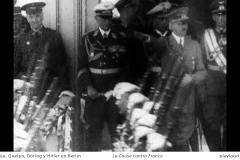 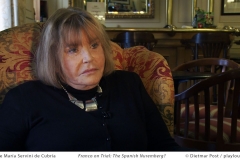 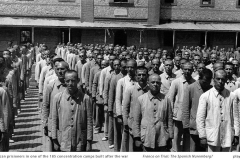 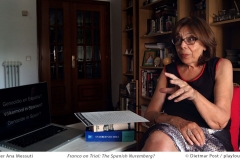 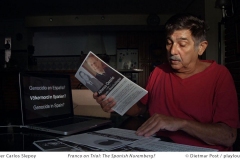 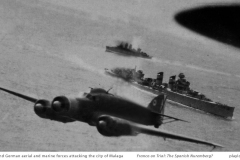 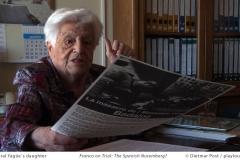 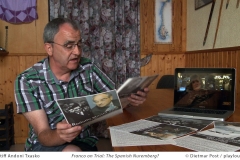 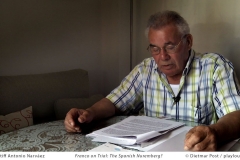 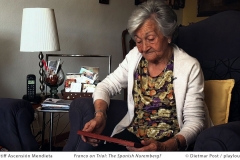 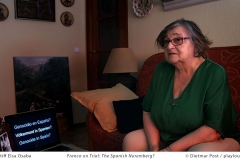 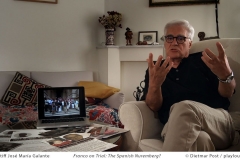 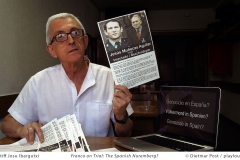 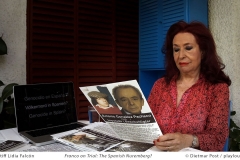 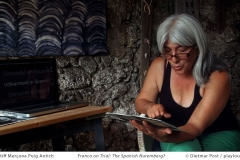 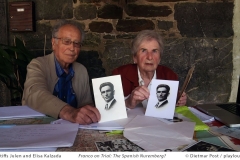 PRESSE
Survivors of the Franco regime file charges. The touching documentary FRANCO VOR GERICHT (Franco before the court) describes the atrocities committed by the Francoists and how an Argentinean judge has been dealing with them since 2010. Shocking testimonies and images that are not easily forgotten. In selected cinemas from tomorrow.
(3sat Kulturzeit)

“Franco vor Gericht” is not an easy film to watch. This is due not only to its subject matter, but also to the way it is made. Palacios and Post do it completely without music. There is a single black fade, at the very end, but otherwise only hard cuts. You have to get involved with the film. However it is precisely this reduced style that makes it possible to face the story.
(Patrick Schirmer Sastre in the Mallorca Zeitung)

Victims and relatives talk about torture and unpunished crimes, but a trial seems impossible. The directors, Dietmar Post and Lucía Palacios, soberly document the conversations. What happened was depressing enough.
(Jesper Klein in the Süddeutsche Zeitung)

FRANCO VOR GERICHT is the best film on the subject. Its great merit, with regard to the Argentinean prosecution, is that it places the case in a broad international context, showing in particular the alliance of the Axis powers Germany and Italy with Spain. From a legal point of view, this is of the greatest significance, because in this way the crimes against humanity are not limited to Spanish territory.
(Ana Messuti, Professor of Philosophy of Law and Advocate for the Victims of Frankism)

I found the film FRANCO VOR GERICHT: DAS SPANISCHE NÜRNBERG? extraordinarily good, especially because it takes the repression out of the context of the civil war and illuminates the entire 40 years – this is what makes it so impressive and so important for the political discussion.
(Prof. Dr. Stefanie Schüler-Springorum, a German historian. She has been director of the Centre for Research on Anti-Semitism in Berlin since June 2011. Schüler-Springorum is the author of War and Flying: The Condor Legion in the Spanish Civil War).

Palacios and Post have once again created an impressive film about Francoism. As in, The Settlers of Franco, they talk to victims and perpetrators. It depends on the viewer whether this film is therapeutic or whether the banality of evil prevails.
(Fernando Rovetta Klyver, Professor of Philosophy of Law, University of Castilla-La Mancha, Human Rights Expert)

The extraordinary quality of the film is that both sides have their say; those against whom the killing was directed and those who were the perpetrators. Thus, piece by piece, the extent of the horror of Franco’s dictatorship unfolds. The lawyers, historians and anthropologists allow us to understand a larger context; to reflect on what happened, the motivation and the importance of the possible trial after so many years.
(Kerstin Stutterheim, filmmaker and professor of media and cultural studies at Bournemouth University, UK)