A flower stand, a tailor shop, a snack car: three places in the German city of Nuremberg that became crime scenes when the “National Socialist Underground” (NSU), a far-right terrorist group, murdered three independent business owners with migrant backgrounds between 2000 and 2005. These three places struggle with memory and shock, as they become the windows into a city whose axis repeatedly tilts and tips out of frame.

The camera, using a tripod head with a 360 degree pan and tilt range, orbits as it observes the abysmal depth of these racially motivated crimes, contextualizing the scenes of the crimes in terms of their surroundings, and showing how they are used and re-used today. The off-screen commentary describes ordinary scenes and encounters, interweaving them with compressed fragments of information from racist media coverage and murder investigations. These investigations were without exception directed against the victims themselves and their family members, ignoring hints and statements by the witnesses suggesting white and presumably racist perpetrators. The investigating authorities began to face criticism only after it was confirmed that the NSU had committed at least ten murders and three bombing attacks in seven German cities between 1998 and 2011. The circumstances of these crimes still remain unresolved.

The film traces the shocks of these attacks by examining the places as witnesses in their own right.

Mareike Bernien lives in Berlin and works as an artist between performative film, sound and text. Her works take a media-archaeological approach to scrutinise the ideological certainties of representation, their material-technological requirements and historical continuities. Her latest films include: DEPTH OF FIELD (2016/17) together with Alex Gerbaulet; RAINBOW`S GRAVITY (2014), RED SHE SAID (2011) both together with Kerstin Schroedinger. She is currently teaching theory and practice of visual communications at the Kunsthochschule Kassel, Germany.

Alex Gerbaulet, * 1977, artist, filmmaker and curator, based in Berlin.
Between 2000 and 2007 she studied Philosophy, Media Science and Fine Arts in Braunschweig (Germany) and Vienna. In 2008 she was awarded a scholarship from the Hans-Böckler-Foundation, in 2011 she was selected for Berlinale Talent Campus DOK Station, in 2012 she received a scholarship from the Mayor of Berlin (program for women artists) and in 2014 a grant from Art- und Culture-Foundation Stade (Germany).

For her artwork the notion of documentarism gives an important impact. She has made several video-art projects among them BY LAND (2002), DATTERODE (2006), TATTOOED PRISONERS (2007) and ALREADY AFTERNOON (2009) in the art context. SCHICHT (SHIFT, 2015) was her first film specially for the cinema space. It was shown worldwide at festivals and received many awards a.o. the prize for the best contribution to the German Competition at the International Short Film Fest Oberhausen (2015), the First Film Award at FID Marseille (2015), the German Film Critics Award (2015) and Best Female Director at the Vienna Independent Shorts Festival (2016).

Her recent short film “Depth of Field” is her first collaboration with artist and filmmaker Mareike Bernien. It premiered as an installation at the festival “The Aesthetics of Resistance – Peter Weiss 100” at HAU Hebbel am Ufer in Berlin. 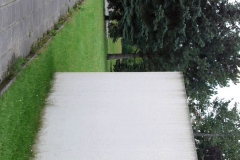 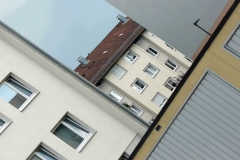 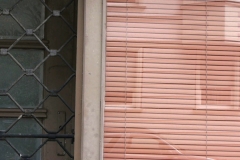