“Berlin is dying”. This is what Antonio Nábolo said about the German capital. He was referring to the dismantling of the robber’s wheel in front of the Peoples Theatre and the erection of the cross on the dome of the Humboldtforum. Now it’s done: After 1066 days Berlins agony has ended: “Bye Bye Berlin” by Antonio Nábolo and Eberhard Spreng is a document of the dying process. But another thing also happened. While working on his documentary about Berlin’s culture and history, the Italian filmmaker suddenly disappeared. Some months later, Berlin based journalist Eberhard Spreng tries to make sense of what had happened. Did his project fail? Was Nábolo an old fashioned idealist? Already working on a similar topic, Spreng combines Nábolo’s footage with his own filming in Berlin and, through the editing process, discovers the poetic complexity of Nábolo’s work – an allegory about “the city” and “death”.

Eberhard Spreng began making Super-8-films at the age of 16. He studied at the Free University in Berlin and works as a freelance cultural journalist, translator and author for the media in Germany, France and Switzerland, notably Deutschlandfunk and Tagesspiegel. He also works as a dramaturg and translator for important theaters in France. Since 2010, he has been increasingly working as a documentary filmmaker.

When did the 20th century end and the 21st century begin? Not in the calendar, but in people’s thoughts and experiences? And how does the change of century inscribe itself in the stone of the city? My Italian colleague Antonio Nábolo finds completely different answers to these questions than I do. His film torso “La scia delle pietre” (AT) (“The Trace of the Stones”) is a treasure trove of attitudes that seem obsolete today but should be opened up anew. It was fascinating to combine his Berlin footage with my own. 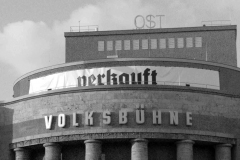 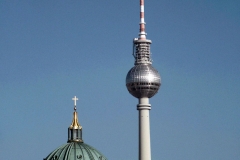 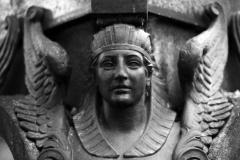 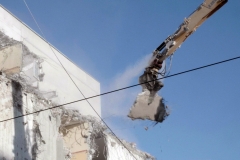