Uferfrauen follows six protagonists who lived in large and small towns in the north and south of the former socialist republic; they have a lot to tell: Christiane from Berlin, Carola from Dresden, Pat from Mecklenburg-Vorpommern as well as Elke, and long-term couple, Sabine and Gisela from Saxony-Anhalt.

The women let the audience share in their everyday lives at the time, their struggle for self-determination, their first love, unconventional family planning and conflicts with the SED and the law.

In this way, the film explores how being a lesbian under the socialist regime and its society continues to have an effect today. The women portrayed remained true to themselves, but in doing so they went against the dogmas of the state and were thus subject to repression. Uferfrauen conveys the omnipresent feeling of loneliness as an outsider, the social tabooing of homosexuality, the compulsion to conform and adapt in a repressive state – a life on the (private) fringe of society, always caught between a personal dichotomy of jumping into the deep end or staying on the safe shore.
Yet the protagonists, in all their diversity, pursued the same goal: the search for personal (love) happiness.

Barbara Wallbraun, born in Eichsfeld, Thuringia, in 1983, has, in her life, already worked in many fields, usually making sure that what she does has a media connection. She has been producing her own documentary film projects since graduating with a diploma in “Cultural & Media Education” from Merseburg University of Applied Sciences. She spent a semester abroad in Finland at the University of Lapland in Rovaniemi in the “Media Culture” department.

For more than 15 years, she has worked as a freelance film and media educator and gained experience as a studio recording manager at MDR, as a production assistant at a Leipzig production company and as a set runner on various film productions. She also works as a lecturer, speaking on topics such as “Lesbians in the Sight of the State Security Service” and “How a Documentary Film is Made”. On a voluntary basis, she was the initiator and organiser of the Leipzig short film travelling cinema “Mauerstreifen” (2005-2013) and the queer Leipzig film festival “Paranoid Paradise #2” (2011). She is also a co-founder of the “Netzwerk Medienpädagogik, Sachsen”.

I have, after many years of “ignorance”, been openly living as a lesbian since I was twenty and have had the opportunity to meet women who, like me, love women both in public and online.
But how does it feel when there are no official opportunities for this, no clue to exchange? How does it feel for a woman who feels love for women but there is supposedly no one to reciprocate these feelings? In conversations with over-50-year-old lesbians, it became clear to me that this dilemma was part of their lives in the GDR. I was deeply moved by the sometimes bitter experiences they had to go through.
Love between people is independent of gender: it is societal constraints and social dogmas that turn a striving for a basic human feeling into something reprehensible and immoral. The idea of denying people their happiness in life because it contradicted the rules and norms of a (political) system is also a reason for me to work through this historical episode of GDR history on film. I find it very beautiful to use this film to give a face to women who were invisible for almost half their lives because they could not freely develop their own personality due to their homosexuality. 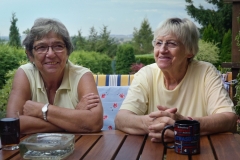 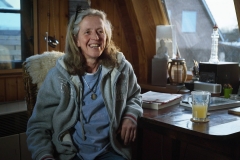 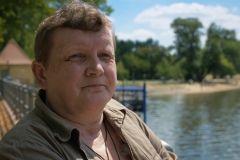 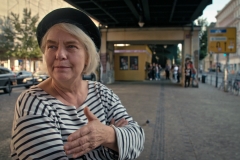 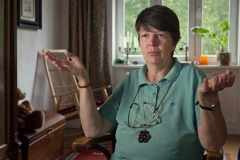 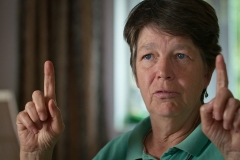 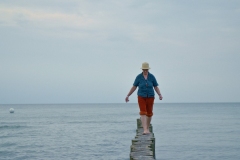 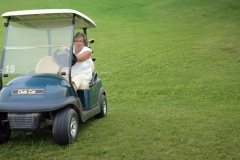 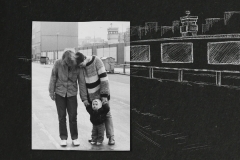 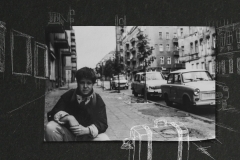 PRESS
“Uferfrauen – a film that wants to give courage to stand up for oneself and for an equally entitled, free life.”
(NDR Kulturjournal)

“Uferfrauen lets lesbian women have their say. They not only had to endure conflicts with their families in the GDR, but also came into conflict with the SED and the Stasi.”
(Hamburger Morgenpost)

“With its sometimes sad, sometimes exhilarating stories, this haunting documentary is an important testimony to the times, providing insight into everyday life in the GDR and showing the role of lesbians and gays in the 1989 resistance movement.”
(Lesbisch Schwule Filmtage Hamburg)