Two newspaper articles, ten years apart, two different women, the same wording. In 2001 Göttinger Zeitung wrote that Margit (69) had lived a secluded life as an inconspicuous woman. In 2011 Hamburger Abendblatt stated that Irina (65) had lived in seclusion, a non-descript woman. Up to the moment of their appearance between these newspaper lines, both women were invisible, forcefully concealed by their roles as wives and homemakers. Only for a brief moment did they claim visibility. Through acts of violence. THE SLEEPER revolves around the time before these acts took place.

The short film reconstructs and imagines the stories of these two women who were extrinsically determined throughout their lives, struggling to express themselves in vain until the only way for them to end the spiral of every-day violence was to resort to violence themselves.

The cinematic narrative, too, oscillates between documentation and fiction. An apartment with a humming fridge, a pot steaming on the stove, a table set for a meal, a running TV, serves as its key element. These every-day scenes, translated into animated still lives in the film, suggest that something is about to happen or just took place. The character of the homemaker seems omnipresent though she never appears on the scene, just as the actual protagonists Margit and Irina remain invisible.

This intimate play, which reminds of a visitation, is contrasted by tranquil exterior shots of urban landscapes and houses. Day in and day out domestic dramas take place behind these facades, never making themselves known to the outside.

Mirko Winkel was born in the former GDR and lives in Berlin. He studied visual art, performance art and choreography. The spectrum of his research and context sensitive work includes performances, videos,
lectures, curated dialogue formats and suggestions for improvement.

Author’s Statement by Alex Gerbaulet
Some stories find you and not vice versa. That’s what happened when I first read about Irina S. on March 9, 2011: Irina (65) Dismembers Husband. Her crime reminded me of a dream my grandmother once shared with me in the form of a confession. In her dream she killed her husband — my grandfather — and fed his body to the pigs. Later, at the traditional country feast celebrated on the occasion of slaughtering animals, she had a break down and hindered the butcher from killing her husband whom she now recognized in the pig.
More than once my grandmother wished for death to end her hapless marriage. Nonetheless, she never found happiness after my grandfather’s passing and finally took her own life. When I think of Irina S., I also think of my grandmother. I imagine that the two women meet and come to a different ending for their stories in the course of their exchange. Both Irina S. and my grandmother were invisible women for long periods of their lives. Invisible because the people around them — and broadly speaking society — stopped perceiving them as personalities. I, too, can hardly perceive them. Like ghosts they only become visible as negative figures through the things I learn about them — always conveyed by other people. I call them sleepers because the term also denotes agents and terrorists. Self-denial and pain as destructive forces as well as potential to reinvent oneself. The word furthermore implies that they are not only victims but also aggressors.
For my approach to Irina S. as a perpetrator I was inspired, among others, by the books of Elfriede Czurda; particularly her novel The Sleeper about a woman who kills and dismembers her lover in order to have him forever ‘close’ to her. This book is not a horror story but an intense study of voicelessness and failure in maintaining normative gender roles.

Statement by Co-Author and Dramaturg Mirko Winkel
The incomprehensiveness of Irina S.’s crime sparks people’s imagination. Everybody tries to find an explanation for what she did and in doing so constructs their own truth in which fact and fiction lie close together. When the people involved talked about the case, they predominantly spoke about their attitudes towards it and thus about themselves. Hence, Irina S. also interests me as a character who doesn’t speak for herself but is narrated through others. I want to find a dramaturgic form that exposes both this urge to explain and the gaps in people’s own moral entanglements. 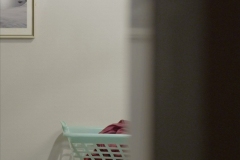 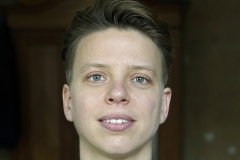 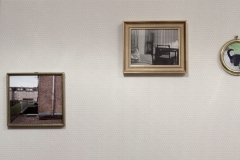 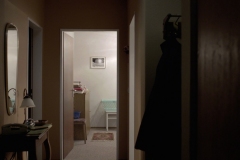 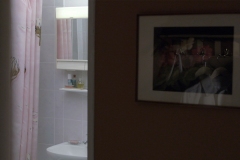 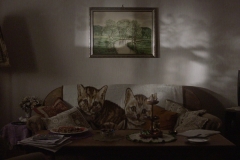 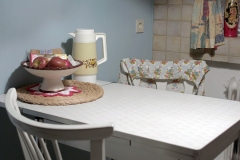 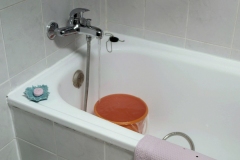