Today, more than 25 years after the fall of the Berlin Wall, the fight for the prerogative of the historical interpretation and political relevance of the former GDR seems more intense than ever.

Mario Roellig, born 1967, was raised in a family loyal to the state and to the ruling SED party. Mario worked as a waiter at the restaurant in the transit zone of the Berlin Schoenefeld Airport in the GDR. In 1985, on a vacation in Budapest, Roellig began an affair with an older male politician from West Berlin. After meeting more-or-less secretly in East Berlin and in Budapest, Roellig decided to flee to the West, but got unlucky and, in 1987 was detained for several months in the Stasi detention centre in Berlin Hohenschoenhausen. Six months after his release, the West German government purchased his freedom and he received permission to leave the GDR. But his gay love story got an unhappy ending. On top of that in 1999 he ran into his former Stasi interrogator and suffered a nervous breakdown.

Being gay, resilient, young and conservative, Mario Roellig became one of the youngest and most in-demand witnesses to the atrocities of the GDR. He guides groups through today’s memorial site in the former Stasi (GRD State Security Services) prison where he was once incarcerated. Roellig speaks to school classes all over Germany and has been invited to universities abroad, always pointing out the special queer moment in his life drama. He thinks he has told his story more than one thousand five hundred times.

Roellig is not an intellectual. Yet he claims that his personal history made him become a political person. He often talks about ‘freedom’ and the advantages of capitalism. Roellig takes part in picket lines where he confronts GDR aficionados – and is equally confronted by people who still believe in social utopias and communist and socialist models of society that go beyond the current German social market economy. These people also claim they are talking about freedom, yet somehow they seem to speak very little about the former GDR.

The film unveils a strange atmosphere of monologues, misunderstanding and failures to communicate – as seen from the perspective of Mario’s very personal story, which unfolds throughout the film. He still awaits an apology from his tormentors and his former lover while simultaneously being ridiculed by some hardliners who accuse Mario of playing the ‘victim card’.
The process of coming to terms with the past has just begun. And observing this process can be quite entertaining.

Jochen Hick, born on 2 April 1960 in Darmstadt, grew up in Taunus, Munich and Stuttgart. He studied film at the Hochschule für Bildende Künste in Hamburg (with Helke Sander, among others) and in Bologna from 1981 to 87. Since graduating, he has worked as a director, author, journalist and producer for cinema and television. He has specialised in socio-cultural topics, particularly those related LGBT issues. In 1994 he founded his own production company, Galeria Alaska Productions, with which he has since produced numerous reports and documentaries for ARD, ZDF/ARTE, 3sat and Spiegel-TV. From 2007 to 2010, Jochen Hick was also deputy program director and editor-in-chief at TIMM, the first TV station for gay men in German-speaking countries. Hick’s films have been screened at over 300 international festivals and have been awarded the Förderpreis der Deutschen Filmkritik (1987) and the Teddy for best documentary film (2003).

For me, The GDR-KOMPLEX is not just a German-German bio-pic, but rather a film about biographies, about narratives – and about the political debate surrounding them.

Link to docfilm42 article by Anli Serfontein on Medium. 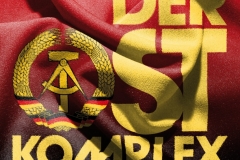 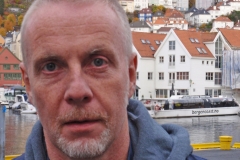 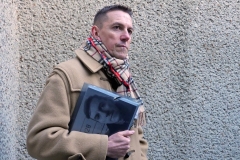 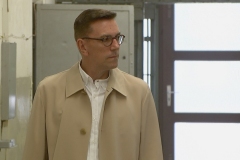 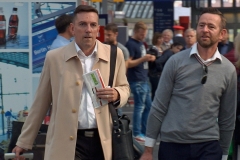 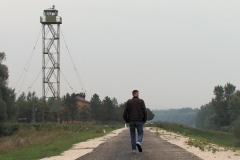 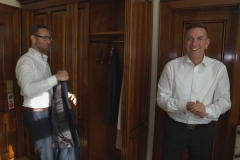 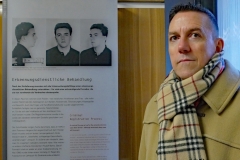 Reiner Veit – inforadio (18.2.16)
In The GDR Complex Jochen Hick depicts a multi-layered portrait of witness Mario Röllig: a complex film about a complex person, says Reiner Veit, and he can only recommend seeing The GDR Complex.

Claudia Schwartz – Neue Zürcher Zeitung (23.2.16)
Who forgets what was evil in an illegitimate state
Has everything already been said about East Germany? Jochen Hick thinks not: his film The GDR Complex portrays a contemporary witness of East Germany who still has a surprisingly large amount of educational work to do when dealing with the communist dictatorship. (…) Films like The GDR Complex are sorely needed.

Grit Lemke – Junge Welt (19.2.16)
The GDR Complex bravely takes to the battlefield that we would call recollection or history.
Jochen Hick pulls off the feat of differentiated observation in The GDR Complex, the many layers of which he skilfully reveals by degrees.
http://www.jungewelt.de/2016/02-19/048.php

Harald Mühlbeyer – kino-zeit.de (18.2.16)
The GDR Complex affords deep insights into the soul of a wounded person. The political barbarism that Röllig was subjected to as a warning to others continues to have an effect.

Annika Möller – Der Tagesspiegel (12.2.16)
There are many films about the illegitimate regime of East Germany. Director Jochen Hick, however, has managed to take up an issue that has rarely been examined to date.

Dr. Wof Siegert – DayByDay (13.2.16)
Jochen Hick has clearly recognized that the joy of providing information and the charisma of his sensitive and intelligent protagonist carries a long documentary. Furthermore, through Röllig – the traumatized, openly gay and anti-socialist agitator – viewers experience an insightful slalom through the very different political and social milieus that exist in Germany.

Lichtenberger Rathausnachrichten (6.2.16)
Along with Mario Röllig’s very personal view of the past, Jochen Hick allows space for differing opinions on the topic of East Germany’s past. He probes where it becomes uncomfortable. […] Was East Germany an illegitimate state or not? The film initiates renewed discussion about it.

Berliner-Filmfestivals.com (9.2.16)
With quiet, but palpably critical undertones, the documentary film The GDR Complex observes and accompanies its ambivalent protagonist and, in doing so, asks the provocative question about a manically conducted summation of the past, echoed in the ambiguity of the film’s title.

Matthias Dell – Der Freitag (16.2.16)
Jochen Hick’s documentary The GDR Complex (Panorama) demonstrates that conflicting accounts invigorate the artistic process. It mainly resists the temptation to film the contemporary history of a victim of the Stasi, a story with which Mario Röllig explains East Germany in schools and at CDU events nowadays. Despite the familiarity with his protagonist, Hick repeatedly compares antagonistic conceptions of the past to one another […] to also present the occasionally humorous proximity the two apparently remote recollecting fractions have with one another, and both of which depend upon East Germany for reasons of legitimacy to this day.

Caroline M. Buck – Neues Deutschland (19.2.16)
Jochen Hick remains very close, asks clarifying questions from off-screen, even occasionally makes a joke from behind the camera. The contradictions, the substantive inconsistencies, the tragedy of a life that became a highly political one out of very private reasons is something he never loses sight of. A complex film, as stated in the title.

Link to docfilm42 article by Anli Serfontein on Medium.