In 1972, a few workers and revolutionaries at Opel in Bochum founded the “Group of Oppositional Trade Unionists”(GoG). The GoG existed for more than 40 years and led the spirit of resistance for the Bochum workforce with their radical shopfloor strategy.

As shop stewards in General Motors’ largest European production plant, they passed on secret information to the workforce, arranged for eight-hour shop assemblies, fought for sick leave, organized their own educational leave, and even tried on their own to establish direct international solidarity between the various GM workforces in Europe to fight back against the plant’s blackmail in the 1990s.
Their radical activities eventually culminated in the most important wildcat strike in Germany’s postwar history, when the workforce occupied the plant for six days in October 2004, paralyzing production throughout Europe.
A portrait of colleagues who made their voices heard. Their practice of an unwavering company policy from below shows that resistance is possible. Even today.

JOHANNA SCHELLHAGEN has been making political documentaries since 2000, first for the internet channel kanalB.org, since 2011 for labor-net.tv. While she was initially interested in a range of social movements, since 2006 her films have focused exclusively on the labour movement, strikes and class struggle.

LABOURNET.TV is a collective of three women who collect, produce and show films about struggles in the workplace. The website they run, labornet.tv, is an online archive of films from the workers’ movement – old and new – from all parts of the world. The focus is on wageworkers’ self-organization in historical and current labor struggles. The films take the perspective of the workers. They tell of self-assertion, solidarity and emancipation. So far, the archive includes 800 videos from 54 countries, with 50 new ones added every year. Since 2017, labornet.tv has been running the Cinéma Klasenkampf event series, in which videos of ongoing strikes and mobilizations are shown and labour activists give first-hand accounts.

JOHANNA SCHELLHAGEN ABOUT THE FILM
In 2016, Wolfgang Schaumberg approached me and asked me if I would make a film about his group, the GoG, which he himself had helped found in 1972 at Opel in Bochum.

I was hesitant at first; I definitely didn’t want to make a film in which a few older gentlemen tell anecdotes and look back wistfully on their youth. Besides, I knew that it was easier and more fun to make films about current strikes than about long past ones, even though I knew that the wildcat strike at Opel Bochum in 2004 was important and has its place in the collective memory of the left.

Wolfgang convinced me, however, that it was not about self-adulation and that the group, which, incidentally, meets every week despite Opel Bochum being closed since 2014, wanted the film for political reasons.
The activists in the GoG have been doing subversive politics for over 40 years, passing on sensitive information from the company council meetings and motivating colleagues to fight back. What they learned in the process should be processed and made accessible. People who work in large companies today should be given the opportunity to learn from the GoG how the provisions of the Works Constitution Act can be exploited in the interests of the workforce. Or how to get an employer like Opel to reduce daily working hours by half an hour. Or that one can organize one’s own educational leave and meet and exchange 5 days a year at the employer’s expense. 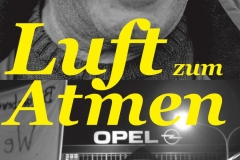 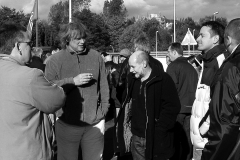 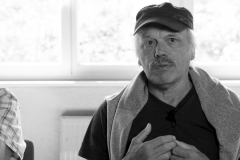 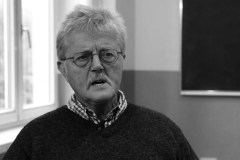 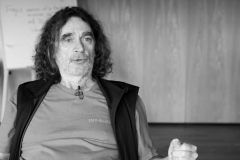 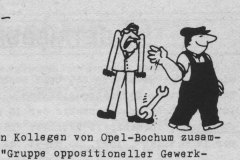 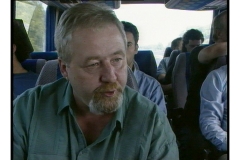 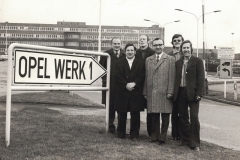 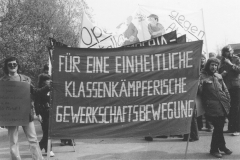 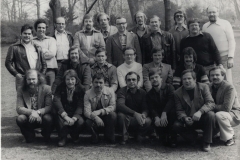 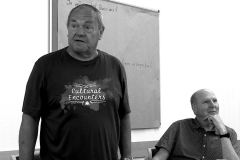 PRESS
This documentary describes the rise and fall of the former flagship of the German car industry from the point of view of the group of oppositional trade unionists (GoG), founded in 1972. It tells this story in a partisan way, with great sympathy for revolutionary ideals, and is therefore very refreshing. zitty Berlin

The quality of the vividly edited film, however, results from the fact that it traces a piece of German industrial history with its labor struggles and the changing corporate strategies from the economic miracle to globalization, far beyond the Opel plant in Bochum. Filmdienst

The interviews with Schellhagen are cleverly supplemented with archival footage and clips from older television programs, reminding us that there were alternatives to the economic developments of the past 50 years. WAZ / Funke Media NRW

More than a collection of anecdotes. Deutschlandfunk Kultur

Opel Bochum could not keep the workers, but hope in the power of human cohesion remains. Tagesschau24

But despite all the defeats, this is a plea for self-organization and self-empowerment. Der Tagesspiegel

An important and, despite everything, encouraging document about a chapter of left-wing history about which far too little is known. Neues Deutschland

It is not a contemporary document, created out of mere historical interest. Rather, it is meant to be an inspiration for people to organize themselves in the workplace today and to resist exploitation. die tageszeitung

Schellhagen’s “Luft zum Atmen” is a piece of cinematic historical revisionism. The film’s merit should not be underestimated: it vividly traces the long history of factory work at Opel and elaborates points of reference for the present. perlentaucher.de

The result is a dense description of the struggles. konkret

The difference to other factories: At Opel in Bochum, there was an opposition that insisted that renunciation in the interest of capital, location, competition and nationalism yielded nothing. The film documents this in an impressive way. Jungle World