While everyone else is watching soccer, 74 years old Mevla W. is fighting to keep her apartment. She lives in 3 rooms in a central eighborhood in Berlin. She has been living here since 1985, and she doesn’t see why she should accept to move to a 2 or even 1 room flat. She has her peace, enjoys life between stylish vases from former Czechoslovakia and elaborate flower arrangements, and when she looks out her window, she sees everything that’s going on in her street. But her landlord has his own interests. With her gripper arm and handwritten letters to all existing Berlin courthouses, Frau W. tries all she can to avoid losing her environment and moving into a „cage“.

Mireia Guzmán (Barcelona, 1979) is an independent filmmaker based in Berlin. After her degree in Fine Arts at the University of Barcelona, she studied camera and documentaryfilm direction at the self-organized film school FilmArche e.V. In 2017 cofounded the feminist film collective TINT. Beside her film projects, she also works as a video journalist.

What’s up with the right to housing?

In Berlin, as in many other cities in Germany and worldwide, more and more people are affected by homelessness and forced evictions. My firstresearch in 2013 led me to the activist group “Bündnis Zwangsräumung verhindern” (Group for the struggle against forced evictions”), where I got to know many people affected by evictions as well as activists who support these people. These individuals are as
different as the reasons for their losing their housing contracts, and the challenges they face: lease cancellations based on the landlord’s need to move into their place (often not true), rent debts due to late social benefit payments from welfare authorities, rent reductions advised by lawyers that lack legal grounds, or harassment by landlords who never take care of necessary maintenance, who put glue into letterboxes as a means of sabotage against their tenants (those with the old, cheap contracts), or make false allegations about neighbours feeling disturbed. As different as all these cases are, they have one thing in common: the bureaucratic hurdles faced by those affected are huge. Many of them also have a complicated status with regard to the authorities due to their migration biographies, do not speak German as their first language, or are otherwise affected by structural discrimination.

Although all these are systemic problems, I observed that all these people felt ashamed; they had a diffuse feeling of being to blame, of being responsible for their own situation. Thanks to the counselling by activists, to a specific definition of their problems, and through networking with other people in similar situations, they were able to get rid of this feeling and to learn to defend themselves. With my film, which I shot between February and July 2014, I wanted to contribute to this
process.

Mevla W., the protagonist of “Half a chicken from the heavens”, is living through these very experiences: poverty in old age, the threat of homelessness, incompetent authorities, bad legal advice. She meets this situation with tremendous strength and an inexhaustible sense of humour, which impressed me from the very beginning. She was enthusiastic about the idea of making a film with her right from the start. For her, this film was a means of telling the public about the
unjustice she experienced. She does everything she can, instead of agreeing to bad compromises – she will walk right up to the doors of the local court, even if she cannot enter it, because it’s an impersonal, abstract institution. She is not a victim, she takes things into her own hands, she complains about impertinence and injustice, she is loud and demanding and proud of these qualities that a retired lady would otherwise not be allowed to have; this is one of the main reasons why she impressed me as a protagonist. 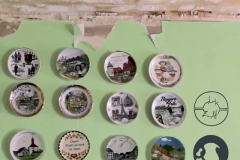 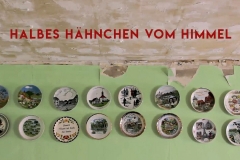 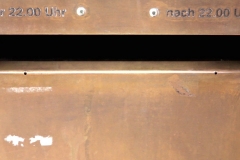 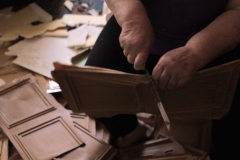 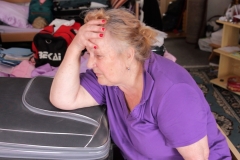 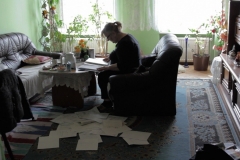