Watch the film on Alleskino!

May 1968: The student protests in West-Berlin are in full swing, and in the middle of it all, my 21-year-old brother Reinhard. He openly flirts with socialist tenants, partly out of protest against our conservative father. Reinhard resolves to take drastic measures and relocate to East Germany – a complete scandal. It is the last we hear from him. Eight months later, in January 1969, Reinhard is found dead. His suicide is baffling. What drove him behind the Iron Curtain, and what happened to him there?

Nearly forty years later, I go in search of traces of his short life in East Germany. Along the way, I encounter several people who, like my brother, went “against the current” from West to East. Like the exiled Berlin Jew Salomea G, who chose the other system and joined the communist party as an IM (unofficial employees). Or Henriette S., who as a child moved to East Germany with her mother, only to flea to the West with her daughter in 1974. Later she got imprisoned by the State Security. Twenty years after the demise of East Germany, TRANSIT uses my family’s story as a point of departure for examining the reasons behind all these decisions and the allure of the other Germany.

PASTORS CHILDREN – punks politicians and philosophers, D 2017, 84 Min.
sponsored by The Federal Government Commissioner for Culture and the Media(BKM, Luther 2017)

Born in West-Berlin the term TRANSIT is associated in my memories with journeys trough the GDR (German Democratic Republik – former East Germany), potholed highways, fear of getting stopped by the East German police or army. Also visits of theaters and museums in East-Berlin by spezial permit.
Sometimes it was also like a dance on the volcano: West-Berlin with its concentration of artists, film makers, authors, performance artists from all over the world – contacts, that were supported by the DAAD. Atmosphere of departure until the 80s.

As a visual artist, TRANSIT is my first feature-length film. In an open form, like in my videoart, I combined heterogeneous footage in a filmic collage: private S-8-films, archivematerial, former film- and broadcast-Footage of the GDR, oral history interviews and the HD-footage.
I take the viewer on my search for traces, possible stations, which my brother has taken, when he decided to go from West to East Germany in the 1960ies; a search also for the history and the allure of the other part of Germany. The things, remembered cursory and in flighty, diffuse pictures, I’ve found in a very substantial way in the memories of my protagonists. For example the enthusiasm of Salomea for the „Weltfestspiele der Jugend“ (Festival of the youth of the world) in East-Berlin and for the socialistic idea there.
It’s important for me, to create a track for the audience to put themself in the position of this former time and to get a feeling for the crossers. I don’t want to evaluate; a trip to the past, to the Known, but more to the Unknown. 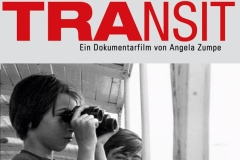 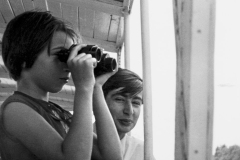 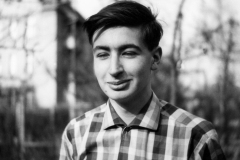 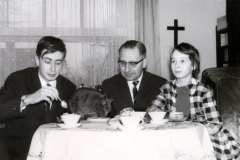 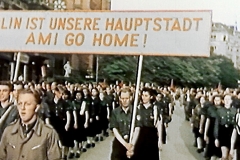 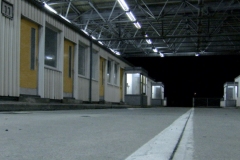 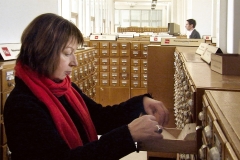 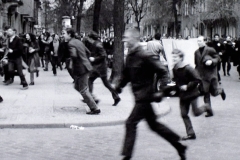 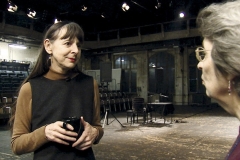 Berliner Zeitung 30.9.10: FROM JEANS TO FDJ-BLOUSE – german-german sights in “Transit”
„A.Z. has made an exciting film: she doesn`t only tell a private story. The director manages s.t., which was gone for 20 years after reunification in the public discussion: a constant switch between the two different point of views on german history.“

NEUES DEUTSCHLAND 2./3.10.10: MAMA PARTY, PAPA STASI
…“What is left to her, is the super-8- footage, filmed by her father. This is the positive potential in her film: by this material, the viewer meets her brother in person.“ „It is understandable, that the GDR stays a foreign country for her. But she went in for it – for her brother´s sake.“

Kino-Zeit.de: INVERTED ESCAPE
„Transit puts a spot on a subject, which people are not aware of it yet: although, it would make a real good story for a movie. The increase of awareness just started.“

Leipziger Internet Zeitung: IN SEARCH FOR THE LOST BROTHER
„Good to see; that Zumpe keeps professional distance. Especially the Montage contibutes to humorous moments in the film.“
… „In any case a successful piece in the process of german self-conception.“

MainEcho 17.11.2010: THE GDR WAS MY MOTHER
„»Transit« is an impressive film about her brother, the familiy and Germany West and East, which abandon a patent remedy and which demands the viewer, to have a mind on his own.“

Kreuzer 10/10: „MACH DOCH RÜBER“
„Narrating the personal story, A.Z. tells us much of the political history.“
… „It deeply moves, how she tries to find her brother through time and space.“

Münchner Abendzeitung 7.10.10: EXCEPTIONAL ESCAPE FROM DEMOCRACY
„She developed a documentary full of humanity and authenticity.“