A film about us and our neighbours.
A film about refraining and the aftermath:
Balkan 1995, Genocide in Europe.
The hand animated film, based on hundreds of watercolour paintings follows a journey from Germany to the west balkan, coming close to one’s own physical, as well as emotional boundaries and roots.
Starting points are personal encounters, the uncertain future, the look back into the past, the noticeable fragile present, the uncertain future and the question of parallels, repetitions and developments.
Telling from personal perception, not historiography, the film searches for traces and ultimately asks about our future. 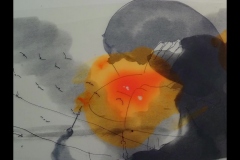 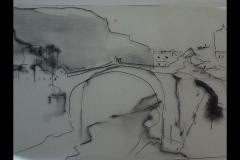 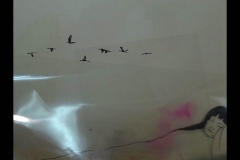 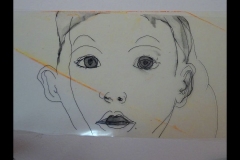 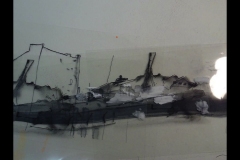 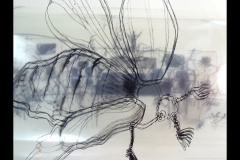 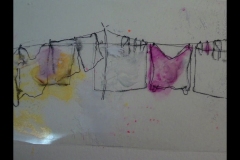 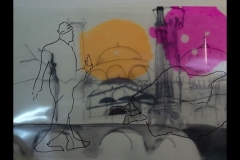 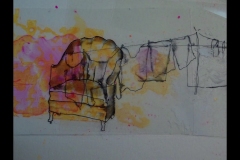 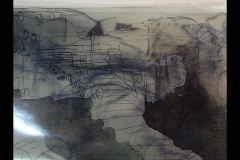 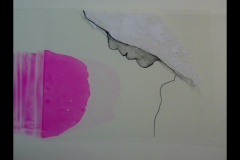 PRESSE
It’s the story of a family in East Germany between the end of the Second World War and the fall of the Berlin Wall. It is a biographically inspired memoir by Juliane Ebner, centred on her grandmother. Although the film shows the fate of a single family, the memoir can stand as an example to the fates of others. This makes it part of the historiography of the time. In its cinematic design, LANDSTRICH is an experiment that is both a literary work and a visual presentation in delightful variations. It’s deliberately naïve tone is an excellent stylistic device, and we hear the story through an off-screen narrator. This narrative is underpinned by an impressive number of beautiful ink drawings, which are drawn through and over each other like memories. These drawings may be seen as variation-free illustrations of the literary text and allow the viewer to associate with the images. The slides are recognisably divided into individual chapters. The chapters give an additional dynamic and complexity through variation and photos. All in all, an impressive, cinematic work of art.

Wiesbaden, 19 September 2018
Mario Fischer, Wilfried Hippen, Agnieszka Jurek, Beate Kunath, Adrian Kutter
In 30 minutes, “Landstrich” sketches a detailed family panorama in which “grandmother’s guilty conscience” of having neglected to execute herself and the children when the Red Army arrived, using a pistol left behind by her Wehrmacht husband, becomes the cause of the family’s survival and thus of the filmmaker’s own life.
Juliane Ebner shows us what would nerver have happened had Grandmother no scruples and pulled the trigger. Her mother and her German-Russian brother, the filmmaker herself and her film would not have existed. From the Reichstag fire to the Nazi euthanasia laws, the upheavals of the last months of the war to the division of Germany – this serious, and at the same time tongue-in-cheek, oral history creates a panorama in which cause and effect, politics, coincidence and morality merge and are causally interdependent.

This rare film shines a spotlight on the focal point of German history and German stories. It is presented in a distanced, ironic style that prevents consternation yet makes us feel affected – it describes the path of a family through the times as sharply as a knife and makes us feel things deeply, as only great films can