„We will emancipate society!“ — The Rojava experiment

The antihirachical confederal model of democracy launched by the Kurds in Rojava, northern Syria is an authentic alternative to the prevailing governing structures in the Middle East.The vehemence and violence with which the authoritarian Turkish state is reacting to this indicates how strongly the state feels challenged and fears that the conceptual, and already practiced, radicalism with which the people in Rojava are pursuing cultural change could spread across the border.
In the importance that this project attaches to the emancipation of women, I’ve discovered much of what I was able to observe and occasionally film among politicized Palestinian and Sahrawi women. On this I would like to place the main focus: What role do the women play
in this exceptional project. I am convinced that despite all the setbacks, in the long run the pioneering spirit driving this project will leave its mark not only in the hearts and minds of the individuals, but also the region.

Robert Krieg studied sociology, journalism and ethnology before working as a lecturer at the Dortmund University of Applied Sciences and Arts as well as the universities of Osnabrück and Bielefeld. He has also worked as a sociologist for the Robert Bosch Stiftung and the Ministry of Labour, Health and Social Affairs in North Rhine-Westphalia, and conducted social science research projects on the topics of marginalisation and migration.

Since 1983 he has worked mainly as a documentary filmmaker in Germany, Europe, Latin America and the Middle East. In the 1990s he was a lecturer at the International School of Film and Television in San Antonio (Cuba) and, together with Dagmar Wünnenberg, directed a training project for radio and television journalism in the Palestinian territories with European Union funding. In 1997, together with Monika Nolte, he founded an association and production group for film, television and radio in Cologne.

He is a member of the Arbeitsgemeinschaft Dokumentarfilm and the Filmbüro NW, of which he was a board member from 1989 to 1992 and from 2007 to 2014. Since 2016, he has also been a member of the Broadcasting Council of the WDR.

The anti-hierarchical, confederal model of democracy that the Kurds in Rojava, northern Syria on the border with Turkey, have instituted is an authentic alternative to the prevailing governing structures in the Middle East. The vehemence and violence with which the authoritarian Turkish state has been reacting to it gives an indication of extent to which it is challenged by it; it fears that the sparks of its idealism and radicalism, with which the people in Rojava are driving cultural change, could spread to its own society.

With the emphasis that this project ascribes to the emancipation of women, I rediscovered much of what I had been able to observe and in part film among politicised Palestinian and Sahrawi women in recent decades. This is where I would like to focus my main attention: What the role of women in this unique project is. I am sure that, despite all setbacks, the its spirit of optimism will in the long run leave its mark, not just in the hearts and minds of individuals involved, but beyond to societies of the region.

I am not interested in the statements of functionaries, politicians, ideologues or high officials. And am only interested in the war and the combatant status insofar as it is part of everyday life. Much more important for the film are the projects and structures that are being built or have already been realised: the grassroots self-administration that starts in the neighbourhood, the reorganisation of the economy and supply in cooperatives, the multi-ethnic, multi-cultural and multi-religious concept of schools, educational institutions and cultural centres, the women’s centres, and the justice centres that do not seek a verdict of guilt but reconciliation.

Of course, the contradictions in building a new society are made clear in the film: the contradiction of private and common property; the centuries-old influence of tribal, patriarchal and religious techniques of rule; the contradiction of a grassroots democratic council structure and a traditional party system that has exercised political power until now; the confrontation gender roles with a new role models for women. This cannot proceed without friction and resistance. The major upheavals are taking place largely without coercion: private property has not been redistributed and people boast that no blood has been spilled.

A core question that has been bothering me for decades pertains to the return of combatants and how combatants are reintegrated into civil society structures. How can the logic of a necessarily hierarchically ordered command structure be prevented from imposing its authoritarian traces on a society that has committed itself to radical democracy? Or is it possible that a society at war, as Janet Biehl* writes, must allow its people more democratic freedoms in order to mobilise against IS and the Turkish military? In the still-occupied Palestinian territories, the development of a civil society that exerts effective political influence has virtually failed. A myriad of international NGOs artificially keep their remnants alive. The result is depoliticisation, a retreat into the private sphere. Will Rojava have a different future? 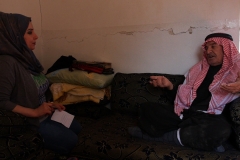 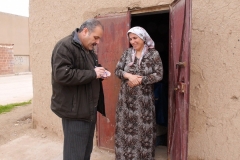 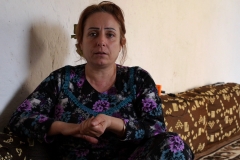 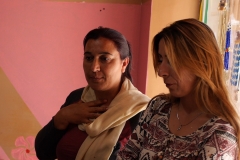 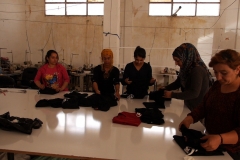 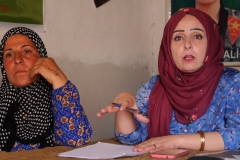 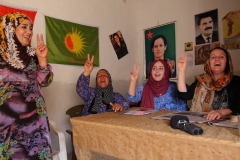 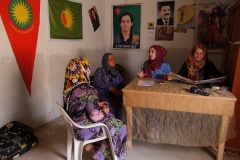 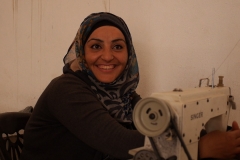 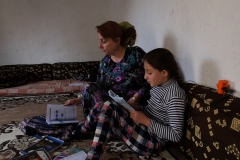 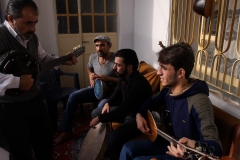 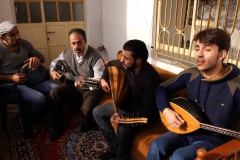 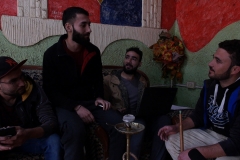 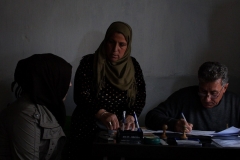 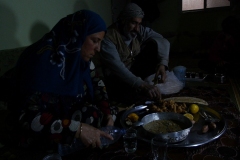 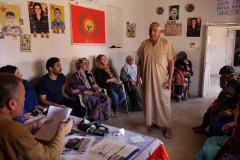 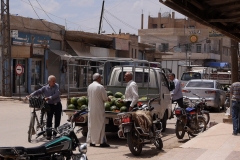 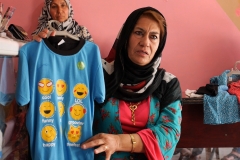