Watch the film on Vimeo and on Sooner!

Through poetic images, we are whisked away to the South of England to the ecological farm of Prince Charles. For 30 years now, the “eco-prince” and his dedicated farm manager have been successfully implementing his vision of sustainable agriculture and they are in the black. Their farm serves as a role model – farmers from all over Britain make a pilgrimage to the Duchy Home Farm to gain the courage and knowledge needed to convert their own farms to sustainable agriculture. Prince Charles appears in a completely unfamiliar light, forcing the viewer to rethink their prejudices against him, and organic farming.

Bertram Verhaag
After graduating from the HFF in Munich in the 1970s, Verhaag directed more than 140 films, each of which he produced himself, including: “Blue Eyed”, nominated by the Academy in Los Angeles for the outstanding documentary film of the year on the subject of racism; 5 films on Wackersdorf, covering the subject of nuclear power; 10 films against genetic engineering, including “Leben Ausser Kontrolle” – the exemplary work on genetic engineering; and 10 films on good sustainable agriculture, such as “Der Bauer und sein Prinz” about Prince Charles’ organic farm. Verhaag participates in the “movement” of our society towards more humanity, respect for nature and the courage to intervene.

The idea of making a film about one of the most famous organic farms in Europe, the “Duchy Home Farm,” and its royal owner, Prince Charles, excited me from the first moment. But it was only thanks to Bernward Geier, who had excellent contacts in the English court, that this project could have taken shape. After a lot of bureaucracy, Geier succeeded in obtaining a filming permit for the farm from the Royal Press Office.

With this unique filming permit and the support of visionary protagonists, Prince Charles, and his farm manager, David Wilson, I tried unsuccessfully to interest some TV stations. On the one hand, critical editors dedicated to environmental issues are not particular fans of the Royals; on the other hand, editors interested in Prince Charles and the English royal family do not have a slot for environmental issues.

Despite these initial rejections, we were certain that we had a diamond in the rough with this unique filming permit for the royal organic farm, which is exemplary in so many ways. So we started filming without funding and television participation – on our own and, above all, on our own account – because who would throw such a filming permit to the wind?

All in all, we spent five years filming many unique situations in and around the farm with the charismatic farm manager David Wilson, who brought home to us the scope of the Prince’s vision with his unmistakable British humour. As early as 35 years ago, Prince Charles implemented his vision of agriculture, which is now much respected and exemplary for England and the entire world.

The Prince focused on agriculture without the use of toxics and genetic engineering, and with animal husbandry practices appropriate to the species. He proved that by promoting soil fertility and biodiversity, a financially profitable farm could function. He developed this vision of agriculture at a time when the word “sustainable” wasn’t even used and “organic” was associated with “granola junkies”. The film shows an unknown side of the prince who is usually derided by the press as an eternal pretender to the throne.
There were always representatives of the royal “press office” present during the filming, watching every word but otherwise remaining in the background. When making a film about Prince Charles’ organic farm and his vision, it is inevitable at some point to shoot an interview with the prince. The press office blocked us and did not give us an appointment with Prince Charles. This was of course a challenge for Bernward Geier. We flew to London for an official appearance of Prince Charles where he finally managed to talk to the Prince in person. A week later the much longed for permission to film an interview was granted.

We conducted two interviews with Prince Charles. In both he speaks with clarity about his view of agriculture: largely unknown to the public and breathtaking. Thus, the rough diamond developed into one dazzling, brilliant, and sparkling with many facets, which unfortunately may not be shown outside Europe and especially in England – an order without justification from the royal press office – which presumably wants to prevent Charles from further distinguishing himself as the “green prince”.

In German television, some editors are enthusiastic about the film, but still unsure whether they can show it, because it does not like to be pressed into the given broadcast formats.

Despite these imponderables, we are proud that the film will finally be shown in German cinemas in autumn and that many people will be able to see it. Sometimes films are like organic farming – one step follows the next and in the end quality prevails. 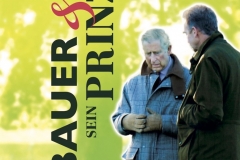 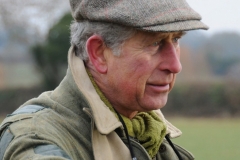 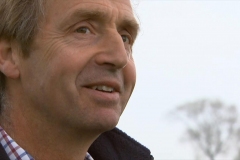 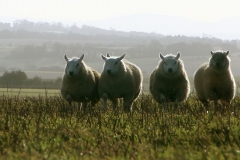 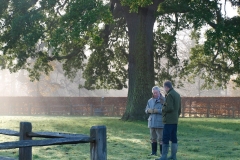 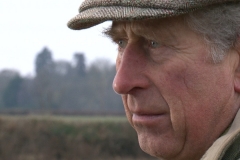 PRESS
“ ’The Farmer and His Prince’ is a captivating, entertaining film. Wonderful scenes depict an alternative route that agriculture could be taking. No, should be taking! The film leaves its audience in high spirits – with abundant knowledge and full of confidence regarding the possibilities that organic farming can provide. And in turn, a many will commit (even more) towards the promotion of a sustainable and therefore organic agriculture.”
(Sarah Wiener)

“ People will be charmed by a film pairing romantic images of family farming with ecological smarts … [it will specifically] appeal to those on the fence about organic agriculture.“
(The Hollywood Reporter)

“ A ‘very British’ and unobtrusive plea for more respect towards life, animals and our precious soils that manages to raise hopes on finding a new future for agriculture.”
(Horst-Stern-Award, Ökofilmtour 2014)

“ Is this what paradise looks like? With lush poetic images, Bertram Verhaag takes us on a trip to southern England, to Prince Charles’ organic farm. Be prepared to dismiss a many preconceptions after seeing this film; preconceptions against Prince Charles and against organic agriculture.”
(ehp)

“ ‘The Farmer and His Prince’ reminds us of how good it feels to set out on a journey.”
(Forum nachhaltig wirtschaften)

“ For the past 30 years he [David Wilson] has been one of the most interesting and exemplary eco-pioneers. Thanks to his extensive practical knowledge and agricultural skills, his charisma and wonderful sense of British humour, he has managed to inspire and motivate many farmers to attempt the conversion to organic agriculture – the portrayal of a unique achievement.
(Forum nachhaltig wirtschaften)

“Needless to say how spectacular it is, that farmer David Wilson works for none other than Prince Charles. However, it is even more impressive to find out how a conventional farmer turned into the perfect organic farmer. With gleaming eyes and a good dash of British humour, he takes us on a tour of healthy soils, happy animals and biodiversity. In ‘The Farmer and His Prince’ these two visionaries demonstrate how exciting and satisfying it can be to pursue new paths.”
(Renate Künast, Bündnis 90 / Die Grünen)”