The Cockettes were a bunch of hippies who formed a theatrical commune in San Francisco in the early seventies. The group included women, gays and a few kids.The Cockettes’ career was brief but intense and they were to have a lasting effect on many others. The Cockettes’ extravagant performances – which included drag shows simply dripping with glamour and glitter – exerted a great stylistic influence on underground bands such as the New York Dolls, or glam rock performers like David Bowie and Elton John – even the “Rocky Horror Picture Show” profited from the group’s glamour.

The Cockettes’ first performance was on New Years’ Eve, 1969; they performed a short, improvised number to the strains of a Rolling Stones song during which, dressed as bearded chorus girls, they flung their legs into the air and exposed their glittering genitalia. Shortly after this, they started performing in earnest; their shows bore such titles as “Tinsel Tarts in a Hot Coma” and “Tropical Heatwave/Hot Voodoo”. And it wasn’t just their performances that were hot, either, for their audiences used to get pretty worked up, too. Before long, the Cockettes were known to more than just a privileged few. One critic compared them to “little rascals, in drag, on acid, doing Busby Berkeley.“ The Cockettes continued to delight audiences for two-and-a-half years until they disbanded in autumn 1972.

The troupe even appeared in several feature films, real gems of underground and trash films with promising titles such as LUMINOUS PROCURESS and ELEVATOR GIRLS IN BONDAGE. This documentary contains excerpts from these films as well as interviews with former members of the Cockettes and their fans, such as filmmaker John Waters.

Bill Weber, editor/co-director – has been a video editor for over twenty years editing innovative commercials, music videos, special effects and a variety of long form projects for film and television. He recently retired as Vice President/Director of Editorial at Western Images, a high end post-production house in San Francisco, to work on THE COCKETTES. Weber’s recent commercial work includes work for Pepsi, Coke, Ford, and AT&T . His music video work includes Alanis Morrisette, Sting, The Grateful Dead and The Cars. Mr. Weber also has a long history of psychedelic drag.

David Weissman, producer/ co-director – is a multi-award winning independent filmmaker whose films have been broadcast domestically and internationally, and have been featured at countless film festivals, including Berlin, Sundance, and Telluride. Weissman was the first recipient in 1990 of the prestigious Sundance Institute/Mark Silverman Fellowship for New Producers, and was a 1992 recipient of the San Francisco Foundation’s James T. Phelan Art Awards in Film. Weissman directed the popular trailer for the 1995 SF International Lesbian and Gay Film Festival featuring Marga Gomez and Lulu in an “I Love Lucy” parody. He recently produced, wrote, and directed “HIV: un-infected does not equal un-affected”, a trailblazing series of eight 30-second AIDS prevention TV spots. 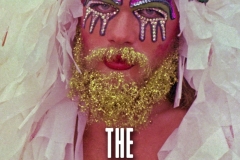 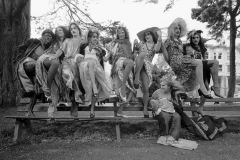 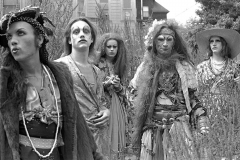 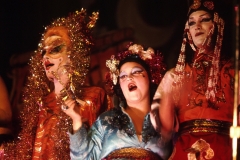 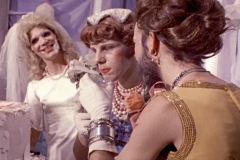 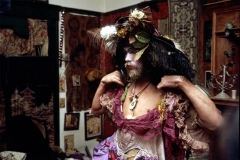 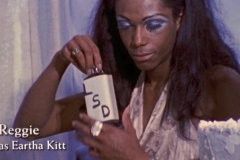 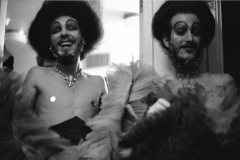