Every year, five to ten percent of all deceased Berliners are buried by the authorities. Most of them are put into the ground by mortician Bernd Simon going alone. But sometimes companions do turn up and say goodbye in their very own way. An observational documentary about an undertaker who actually wanted to become an entertainer, a bizarre city portrait and a mirror of how we deal with death, mourning and commemoration.

With the support of the Körber Foundation

Raphael Schanz, born 1989 in Hildesheim, studied communication and social sciences (B.A.) as well as political communication (M.A.) in Erfurt, Berlin and Jerusalem. He also studied documentary film directing at the self-organized film school filmArche e.V. in Berlin. Together with Philipp Seifert he is co-founder of the film production company panther reh. He lives and works as a filmmaker in Berlin and directed several documentary short films. His film “Alleingang” premiered at the Max Ophüls Preis in 2022.

Rituals of farewell and mourning have traditionally been an important part of cultural practice in many societies. In Germany and other Western countries, however, dying became increasingly invisible in the course of secularization and urbanization; it was “pushed further and further out of the strange world of the living in the course of modern times” (Walter Benjamin). Professional funeral homes take over tasks that were previously performed by relatives and the church. Dying has become more anonymous and more individual.

The film aims to make death and mourning visible and to contribute to the debate on how society deals with death. The subject of official burials is particularly suitable for this purpose, as the effects of individualization and economization become especially clear here. An official burial takes place when the deceased person was destitute and the authorities cannot identify any relatives who are obliged to pay for the burial. About 5 to 10 percent of all deceased persons in Berlin are buried by the public authorities – more than in any other German city. 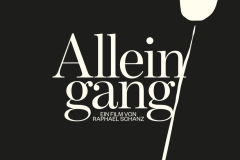 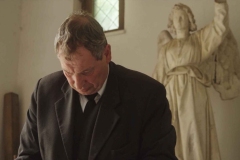 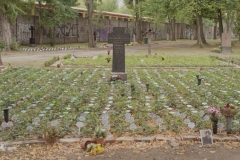 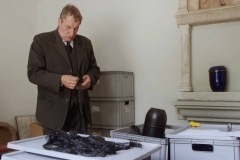 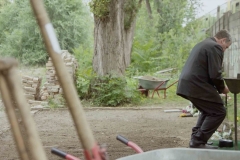 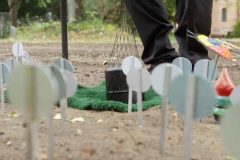