Every year, up to three million people from the missionary community, Tablighi Jamaat, gather in Dhaka, Bangladesh for their annual meeting, Bishwa Ijtema. It is the largest pilgrimage meeting after Mecca. For Shaheen Dill-Riaz, it is an incredible spectacle that he captures on camera. When he left the country in 1992, there was nothing like this. So he decides to go back to the beginning to understand this new spread of Islam in Bangladesh and go to the madrasas.

Despite the traditional ban on taking pictures, he manages to gain access to the madrasas with his camera and take portraits of teachers, students and parents.

The lives of the children in the madrasa in Amirabad are particularly striking. They live and learn in the madrasa. There are a total of nine rooms in which the Koran is taught. Each teacher is responsible for 70 pupils. There is hardly any free time. They are woken up at twenty to four. Almost the whole day they recite the Koran in Arabic and learn it by heart – without understanding the words. They sit disciplined on the floor, with the Koran in front of them in small racks.
They are not supposed to hold the holy book in their hands or put it on the floor. While they recite, they move back and forth. The vibrations of the upper body are supposed to help keep time with the cosmic time that connects this world and the hereafter. The children Shaheen Dill-Riaz interviews have been there for about a year. How much have they memorised in that time, he wants to know. “Four pages,” says one of the children. In total, they will have learned 6234 verses by the end of their training – they can then call themselves Hafiz and work as Quran teachers, in a mosque or as clergy at ceremonies of all kinds, such as weddings, funerals or initiations.

One of these teachers is Mohammed Ismael. He comes from a very poor background. He came to the madrasa because his eldest brother was a teacher of the Quran. For him, it is a great gift to be able to work as a religious teacher, even though he had to give up his religious studies to support his parents and has been working as a hafiz ever since.

In fact, for the poor classes, attending a madrasa is something they are proud of. A hafiz in the family guarantees the parents a good life in the hereafter and a reward on the Day of Judgement. In addition to these spiritual benefits, training as a hafiz offers many children a better and more secure future as teachers of the Qur’an – that is if they can survive this hard time. If a student drops out, this has fatal consequences, because it is often too late to attend a state school or to pursue other training. Many of these former madrasa students are unemployed, like Kamrul Hassan. A few like Rayhan Hossain have made the jump, with a lot of support from his parents. Now he hopes to get a good degree at a university.

For Shaheen Dill-Riaz, his parents had not envisaged attendance at a madrasa. “What if I had been to a madrasa?” he wants to know from them. “For heaven’s sake” says his sympathetic and perky mother with a laugh, “I would have demolished that madrasa myself.” Nevertheless, religion is an important issue for them.

Only a few dare to voice their criticism publicly. One of the few is Prof. Salimullah Khan, who provides well-grounded information. The education is very one-sided, he says, but you have to know the history of the madrasas to understand it. Because once upon a time, the madrasas were the only educational institution for Muslims. They were extremely diverse and did not only function as a religious school. They were founded as an alternative to the British education system, which was rejected because of colonialism – the school in Deoband was legendary in this respect. The classical madrasas have maintained their independence from the state and are still financed by the often generous donations of mosque visitors. Prof. Salimullah Khan criticises above all the one-sidedness of education and the reluctance to allow modern developments. For example, he says, it is incomprehensible why teaching is still exclusively in Urdu or Arabic instead of the national language, Bengali. This is why many students are so isolated professionally and can only work as a Hafiz or in a mosque.

For Sharfuddin, who has been working as an imam in a mosque since his madrasa graduation, only religious education is important. Because, in his opinion, secular education is only necessary for earthly life, but completely irrelevant for life in the hereafter. Therefore, the state should also force people to live according to Islamic laws. For him, a madrasa education is an urgent necessity.

The film is not really just about madrasas. In each of my films, I try to discover a world where I have not been before, and into which I can take people from Europe as viewers. That’s how I came to the subject of madrasas, because it also has something to do with the current situation in Bangladesh. You very often hear that there are more and more Coran schools. And very often you also hear that these madrasas do not have anything to do with extremists, but they are repeatedly accused of being politically active, which I could not prove in my film. I was mainly interested in what Koranic schools are in the first place and what status they have in Bangladesh. 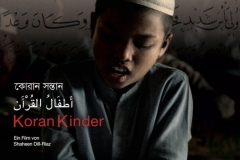 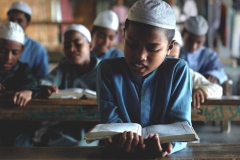 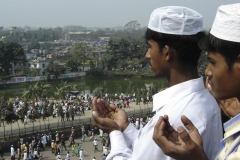