Ortwin Passon’s life goes on between the military-like order of provincial THW events and the ecstasy of gay sex-on-meth-parties.

He survived being HIV-positive at the time when that was tantamount to a death sentence. He now fights for the right to unprotected sex and is writing his dissertation on the political and criminal relevance of “barebacking”.

“After the Future” tells a story of life after the non-occurrence of an expected death, the need for sovereignty and legitimacy. It is also an intimate portrayal of a complex personality.

Since 1998/99, the phenomenon of barebacking has been controversial in Germany. While the term initially only referred to unprotected sex among HIV-positive gay men, its meaning has since changed. Today it basically means: “intentional, risk-conscious, consensual, unprotected sex among men, in which it is irrelevant to all participants whether a sexually transmitted infection is present” (Ortwin Passon). In other words: While unsafe sex regularly refers to, “situational, spontaneous, unreflective and possibly one-time unsafe risk-taking behaviour without intent” (Nicole Gawron and Christine Hagenstein), barebacking necessarily involves, “conscious and intentional assumption of danger” (Rubén Ávila). Thus, one can easily and clearly distinguish between merely unsafe sex and barebacking.

The longer I looked into the issue, the more I realised: this is really about the right to freedom. At the same time, I realised that a cinematic exploration can only work via the personality that devotes itself to this free expression.

Thus, it was not the academic work and its controversial topic that became the cinematic subject, but the person behind it. And not his past, but his present. The traces of the past can ultimately also be found in everyday life. Without having to resort to interviews or photos, Ortwin’s story is revealed through the plot and told from an inside perspective. When Ortwin and two friends fall over each other in a drug frenzy and develop an almost childlike joy in playing with each other, there is a danger that this can be perceived as repulsive by the viewer. For me, on the other hand, it was important – also through the use of music – to make it possible to experience what drug intoxication and sex mean for the protagonists: an unrestrained and extremely sexualised devotion in which neither the past nor the future play a role.

But that alone would not be enough for an exciting film character. For me, contradictions are needed. The fact that the self-confessed barebacker volunteers with the THW in his spare time is a fact that is difficult to understand. After all, two worlds collide there. The THW is something very bourgeois, almost provincial. I can judge that well because I was a member of the volunteer fire brigade in my village when I was ten years old. I couldn’t understand why this provocative boundary pusher was voluntarily involved in the THW in addition to his polarising academic work. The more I got to know Ortwin, the more contradictions I found to explore. In my opinion, contradictions are what our society needs because they force us to constantly re-examine our own views. 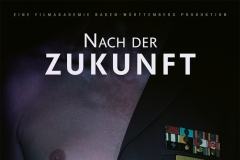 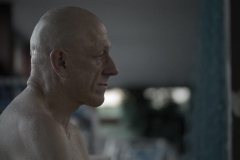 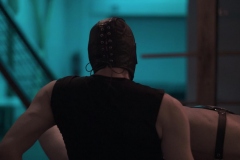 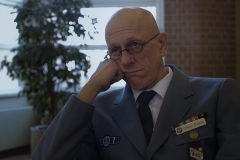 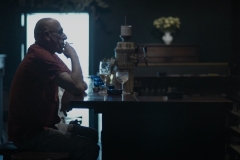 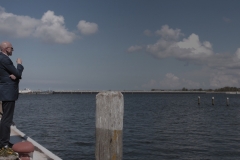 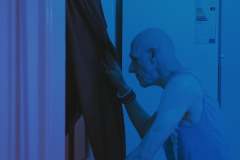 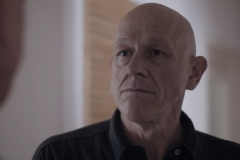 PRESS
“André Krummel succeeds in a tender yet shy cinematic introspection into the emotional, thought and life of his protagonist. A touchingly clear-sighted film about the magical moments that sustain life.” Lukas Stern / DOK Leipzig